Process of the cause of beatification 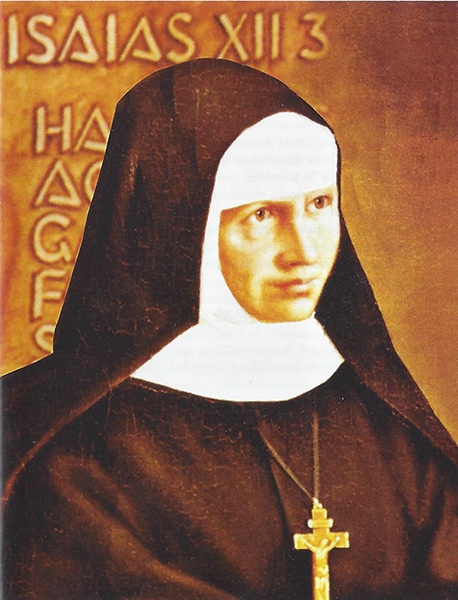 The beatification process was already opened in October 1951, but for various reasons it could not be proceeded continuously. After many years of interruption, it was reopened in 2006. The diocesan phase was completed in 2008, after the process was continued in Rome.

An important step in all causes of beatification is the approval of the Heroic Virtues of the person concerned. For Mother Alphonse Mary this approval was announced on 19th December 2011, after Pope Benedict XVI had received a detailed report about the phases of the process by the Apostolic Prefect, Cardinal Amato, and had ratified the votes of the Congregation for the Causes of Saints.

The approval of the heroic virtues of a person in the cause of beatification means that she/he has lived in an exemplary manner the virtues of faith, hope and charity and apart from that the cardinal virtues of justice, prudence, courage and temperance and the evangelical counsels of humility, poverty, chastity and obedience. From this time on, Mother Alphonse Mary was allowed to be called “Venerable Servant of God“.

In the next stage was the recognition of a miracle that took place through the intercession of Mother Alphonse Mary. Again and again the postulator was told about the responses of prayers. The event has been tested as a miracle, it was about the healing of a woman with a very severe intestinal disease that happened in Mulhouse in 1955.

On 26th January 2018, after being examined by the various expert commissions, the Holy Father Pope Francis has authorized Cardinal Angelo Amato, Prefect of the Congregation for the Causes of Saints, in a private audience, to publish the decree on the miracle that took place through the intercession of Mother Alphonsus Mary. This was the last step necessary for the approval of the beatification. This news has brought great joy and gratitude to all who have waited for this day.

The Celebration of Beatification took place on 9th September 2018 in the Cathedral of Strasbourg, presided over by Cardinal Becciu, legate of the Holy Father. It was a special joy for all the sisters of Mother Alphonse Mary throughout the world, for the laity who live from her spirituality, for all those who venerate her and also for the Church in Alsace.

May she interceed for us, this simple "woman in love with God and tireless dispenser of his mercy to suffering humanity. Let us venerate the faithful servant of the Gospel and fearless witness of God's love. Let us accept her message and follow her example to be credible witnesses of Christ, who is our peace and our hope. (From the homily of Cardinal Becciu by the beatification) 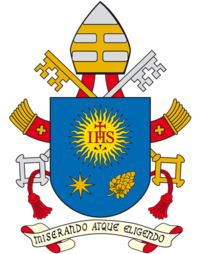 Based on my Apostolic authority and after consultation with the
Congregation for the Causes of Saints, we decided to fulfil the wish of our brother
Luc Ravel, C.R.S.V.,
Archbishop of Strasbourg,
as well as many other brothers in the episcopate and many believers.

So, let
Venerable Servant of God,
Alphonse Marie Eppinger,
(called Elisabeth) virgin,
Foundress of the Congregation of the Sisters of the Divine Saviour
who by suffering, silence, and prayer, showed God’s love,
especially those who suffered in body and in spirit,
herein be called Blessed.

The day of her memorial will be celebrated every year
on 9th September
at the places and the ways established by law.

Published in Rome on 24th August,
the year of the Lord 2018,
sixth year of my Pontificate

More information and prayers in several languages can be found at www.alfonza-maria-eppinger.com